The rising cost of entitlements will test inter-generational harmony. 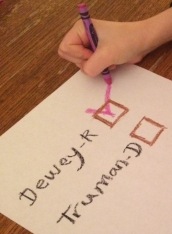 In the week following the Brexit vote, a recurrent complaint from the losing side was that a majority of older people voted to leave while a majority of younger people voted to remain. In the eyes of the complainers, this rendered the leave outcome less legitimate because younger people have more years of life ahead of them and therefore would allegedly suffer more than old people from a decision to leave the European Union. So much for the wisdom of old age knowing what is best. And so much for the principle of one person one vote, regardless of age, gender or race or whatever.

Instead of disenfranchising a group of older voters, we may consider allowing children some representation in our voting system. In the United States, the voting age is 18 which means that there are approximately 74 million US citizens aged under 18 who do not have the right to vote. That is a sizable 23% of the entire population who will all be adults by 2034 and who may not in the future take kindly to the long-duration budget commitments that were made in their absence. END_OF_DOCUMENT_TOKEN_TO_BE_REPLACED